Sorry for it taking a while but here it is! What happened this episode? So Matthew and his Mother, Isobel Crawley,  moves into Crawley house in the village, where they are invited to dinner at the Big House by Lady Mary. Both mother and son shock the family, by their behavior. During  dinner, Lord Grantham tells Matthew that he expects him to help run the estate, Matthew agrees but says he has a job, and shocks everyone at table. Carson, does not like the new heir at all, he thinks that Mary should be the heir. That's a brief summary of what happened thus episode.

Now for analyzing the love plot of Matthew and Mary! When Matthew was organizing the house he tells his mother that he will chose his own wife and says that Lord and Lady Grantham will push one of their daughters on him, two seconds later who walks in the door, Lady Mary. Matthew, who I believed has the case of love at first with Mary, quickly tries to apologize, but the apology is not accepted. Things are not looking to good for our star-crossed lovers!

See y'all on the next episode of Downton Abbey this is Lady Mary signing off! :)
Posted by Unknown at 11:03 PM No comments:

What happened this episode??? Well the Titanic sank, heir and back up heir dies, introduction to all main characters, showed new heir and his mother at the end of the episode, so not that much has happened yet. Sorry for such a short post, next I time I promo that it'll be a longer post.
That's all for now! :)

Hi my name is Mary Crawley ( not the real one ),

Thank you for choosing my blog above all the others. I'm a complete Downton Abbey fan, and I'll be blogging about all Downton Abbey episodes. I will be analyzing the love story between Lady Mary and Matthew Crawley, and express my opinion about each episodes. That is all this time! Thanks again! :) 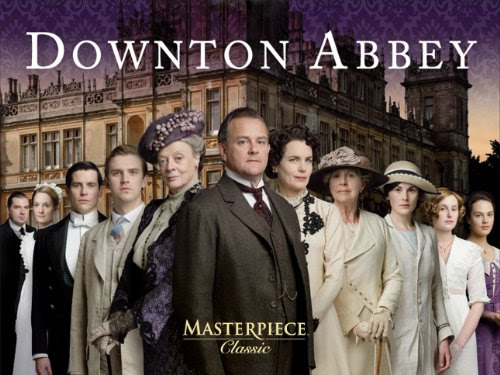 Posted by Unknown at 2:03 PM No comments: